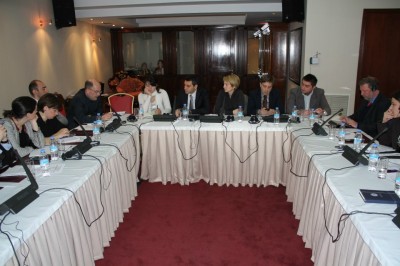 Another coordination meeting on migration between the member-agencies of the State Commission on Migration Issues and organizations with a consultative status was held on 22 April at the Ambassadori Hotel. Projects implemented in Georgia in the field of migration since 2012 were discussed. The meeting participants were representatives of state agencies working on migration issues as well as international organizations and NGOs.

The participants discussed those projects which, if implemented effectively, will help to improve migration management and contribute to timely implementation of the Action Plan under the Visa Liberalization EU-Georgia dialogue. The participants had an opportunity to sum up concluded projects and present new ones.

An exchange of views was held in the framework of the meeting and a common position was developed on important issues in the agenda.

It should be noted that in April and May 2013 several earlier migration projects will be completed, while simultaneously, other diverse activities will start.